Why Does Canadian Grand Prix Circuit Hold a Special Place among Drivers? 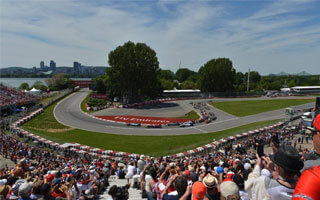 The Canadian Grand Prix is truly an iconic destination in the Formula 1 calendar, as drivers and fans look forward to this event. Drivers regard the Gilles Villeneuve circuit as one of the best for racing action. Fans flock in numbers in order to witness drivers going against each other, fearless of the barriers and the low downforce settings.

The Montreal racing first took place in 1967 when the event was included in the Formula 1 calendar, a year after it was built. Mosport Park was given the prestige of hosting the races amidst all Canadian race tracks. The Canadian Grand Prix has also been held at Circuit Mont-Tremblant on two occasions before the Gilles Villeneuve circuit was chosen as the standard destination in 1978. Since then, this event has been taken place at this track, which was named in honour of Gilles Villeneuve.

Key Aspects of the Race

The Canadian Grand Prix circuit is immensely popular due to its high-speed nature. Since there are places where it is possible to max out the car, teams come into the event with a low downforce setting. This ensures the maximum speed on the straights. Conversely, it also makes some of the turns extremely tricky. This is especially true of the turns 1 and 2 in the Canada Formula 1 track. Since the cars approach these turns after passing through the start-finish straight, which is also a DRS activation zone, at a high speed, it is likely for drivers to make mistakes due to the lower downforce.

Turns 3 and 4 in the Canada F1 circuit map show a series of kerbs, which put a lot of strain on the vehicle. More importantly, they present the classic view of the Canadian Grand Prix race track with its barriers. Drivers often go very close to the barriers in order to build as much speed as possible going into turn 6. An interesting aspect of the track is the approach to turn 8. Cars come on the back of a high-speed straight, but the braking zone falls directly under a bridge. This location on the Grand Prix tours is considered tricky because the sudden change in light conditions do confuse the drivers going into the turns 8 and 9.

The Montreal race track’s biggest attraction begins after the turn 9, as drivers approach a hairpin at turn 10. Overseeing a huge number of spectators, drivers pass through the hairpin looking for overtaking opportunities. A clean exit from this turn is of paramount importance considering that the track leads into a long straight where drivers often reach speeds in excess of 330 km/h. It is in anticipation of this straight that teams often go with a low downforce setting. Montreal F1 track also throws an overtaking opportunity at the end of this straight at turns 13 and 14.

Rubens Barrichello holds the record for the fastest lap at the circuit de Gilles Villeneuve. His time of 1:13.622 was set in 2004. The overall length of the circuit is 4.36 km while the overall race distance is 305.27 km. 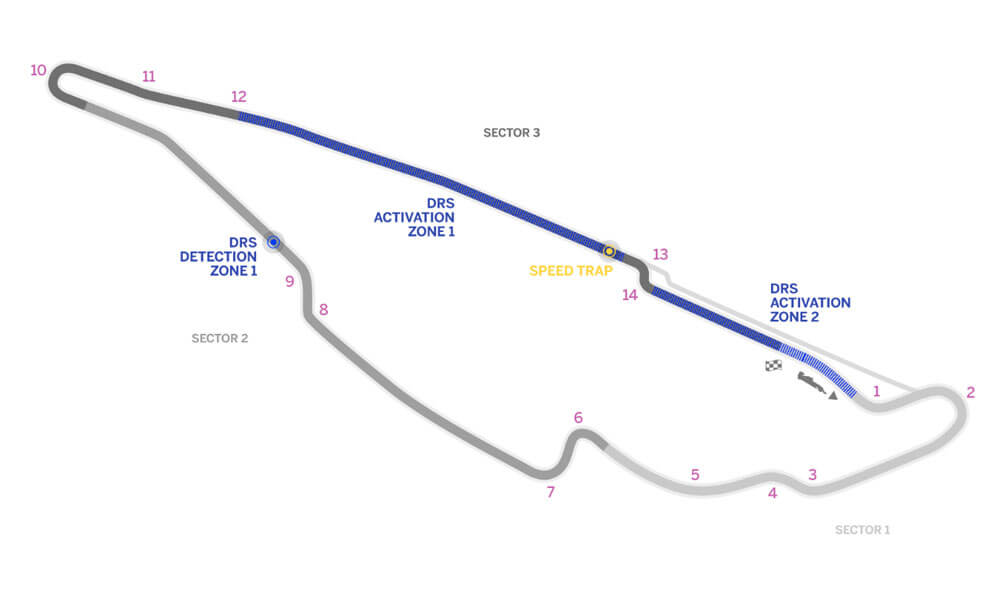 Characteristics of the Circuit
Photo Gallery

The Montreal F1 race is not without its peculiar aspects. After witnessing Damon Hill, Jacques Villeneuve, and Michael Schumacher crash at the same corner, the wall at turn 14 became known as the ‘Wall of Champions.’ The high-speed nature of the track is likely to be more pronounced when it comes to the Formula One races 2021 at this track.

The Canadian Grand Prix is considered as one of the top events in the calendar for a reason. The high-speed track presents numerous overtaking opportunities, while there is excitement even when little overtaking is taking place. The circuit de Gilles Villeneuve’s close racing action is responsible for this attribute.